Our show on Monday night was so much fun! Orlando was charming as ALWAYS and so much fun to hang out with. In the first half, we improvised a Shakespeare play, and it was one of our best ever! The costumes, sets, and background music were gorgeous, and everyone played their parts to a tee. I had a blast! For the second half, we transformed into Irish peasants for a musical. It had a few little quirks but was still enjoyable. And challenging! Did I mention I had to play two characters? Yep, a mother and daughter that looked exactly alike. (Thanks for that, Mac!) It was good times. And the audience was SO wonderful! Thanks to everyone who came!

P.S. Lisa's "bundle" in the first picture is none other than her real live beautiful baby Margaret. I begged her to do the show and, being the awesome woman that she is, she obliged! Thanks to Lisa's mom, who was on baby duty during the show! 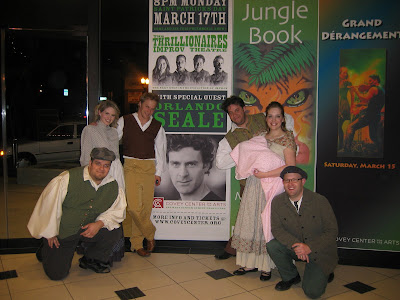 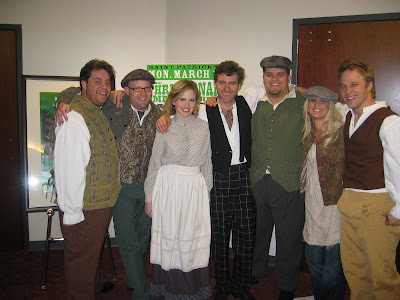 Glad you had a good show!!! You look so cute!

Did you get a big crowd?

Hailey, you're a hot Irish peasant! Looks like fun!

I was so impressed.