This is why I have not been blogging...

There is a Thrillionaires show tonight! I'm sure that I am posting this way too late for people to hear about it, but oh well... Come if you can! 8 pm at the Covey Center for the Arts in Provo! We will be featuring KOSY radio host/actress Laura Bedore. 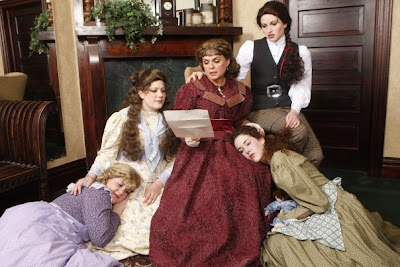 May has been a heck of a month. I have been rehearsing every night for "Little Women: The Broadway Musical" (although this version is not on Broadway--it's in Orem.) I am playing Jo and whoever wrote this musical decided that Jo would have loved singing fourteen songs and loved changing costumes fourteen times, because that is pretty much what I am doing the whole time. The show runs from May 30 to July 26, however I am only in it on Tuesday, Thursday, and Saturday nights, except for the week of June 26-July 3, when I will be in Europe (yeah, I know! Another post...) I hope you will come and see it--it truly is a lovely show with beautiful music and heartfelt performances. So much talent! For more info, go to www.haletheater.com 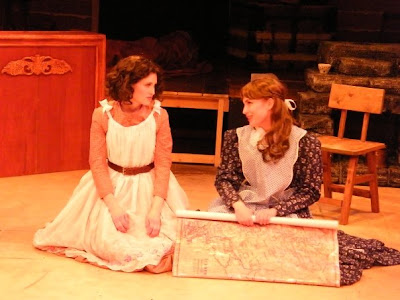 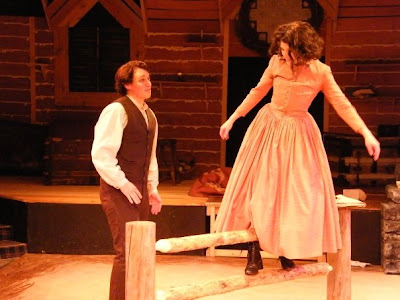 Are you for real?

Monday morning, on the way to the park for a picnic with friends, I stopped at my local market to grab some sandwiches because Lisa told me that the sandwiches are awesome (so far, I agree!) I locked my kids in the car because running inside anywhere with twins is UTTERLY impossible (please don't call the Crestwood Police--does that story make anyone else super mad?) and ran in. When I was in line to get my stuff, a nice-looking man behind me who was also buying a sandwich, asked me if I liked the sandwich I bought. I told him that I didn't know yet as I had never tried it. (I promise this gets more interesting.)

As I was rushing out to my car, the man behind me in the store called out behind me, "Excuse me!" I stopped and turned and he asked politely, "How old are you?"

Now, if you know me, you know that I avoid confrontation at all costs and I'm horribly awkward when put on the spot (and I do improv how?) so a polite stranger could pretty much get me to tell my life story if they were persistent enough. However, I was anxious to get to my kids so I kept walking quickly as he approached me.

"Oh, I just ask because I'm always curious how people stay in shape around here, because it's hard."

Then he asks, "So what are you going to do with those sandwiches?" (Is he kidding?)

"I'm taking my kids to the park for a picnic..." (they're in the car that I'm opening the door to, Einstein!)

Then he said something I did NOT expect:

"Well, I just think it would be really fun to have lunch with you and your kids."

What the? Who SAYS that? What is he thinking? Has this EVER worked in the past, because I can't imagine any place in the universe where some married woman with three kids in a minivan would actually reply to a married man she's never met, "Oh my gosh, that would be SO fun! We'll be BFFs, I just know it!"

What I said (because I'm still so dang nice) was, "Well, gotta go--bye," as I hopped in my car and turned it on quickly. I sat there for a minute, experiencing the same uncomfortable feeling I probably last felt when my family's home teacher asked me out to dinner when I was thirteen, and watched as Creepy McShady crossed the street and WALKED to wherever he was going, meaning he works somewhere in the neighborhood. Yeah.

When I recounted this story to Ben and some of my friends, their first question was, "What did he look like?" (Ben asked because he wanted to know what description to give the police if I turned up missing--Rachel, you will appreciate that...) But I think that's what was the strangest thing about it. This guy was well-dressed, probably close to 40, clean-cut and not at all ugly. So he's just super-duper creepy and crazy. And he works in my neighborhood. And he buys sandwiches at my market.