Why do kids say the most awesome things?

First off, my friend was over with her four and a half kids. Ben was setting up our new entertainment thingie. Her oldest son, Miles, who is 9, was watching him and said, "I see you have Dish Network." Ben said, "Yeah, I heard it's pretty good." Miles' reply: "Well, it's never let me down!" Lisa, you have trained him well for life.

Mila has been full of them in the past few weeks. Here are a few gems:

"I remember the first day that you bought me a Rainbow Magic series book and from that day on, I was transformed into a fantasy-lovin' bookworm!"

"Ethan, you know what I always say? 'If at first you don't succeed, try, try again!' That is my absolute favorite saying to live by!"

And finally, whenever I ask her a question, instead of saying yes or no, she will say something like, "Do clownfish eat plankton?" And I just stand there blinking as she adds, "Answer that and you'll have your answer!" Great. Thanks, 7-year old, for reminding me how little I know about marine biology.

I also have to add that my little girls are the cutest, most awesome babies I have ever seen. I have to gush now because they're not moving yet and so it is the calm before the storm, if you will. But I put them in the bathtub together tonight and Lucy inadvertently made a little splash and Laney reacted with a guffaw and then they both started laughing hysterically. The cuteness almost killed me right then and there.

However, before you go on thinking that I'm living some sort of enchanted life, just know that in this past week Ben has had pink eye and wore a pirate eye patch on his second day of law school, Mila had a mysterious stomach bug and missed two days of school, and I have had a cold that will not leave me alone. So I have been pretty grumpy. So that is why I am especially grateful for hilarious children and cutest babies.

Pictures make me happy, too:

Ethan, Mila (underwater),and my brother Aydan back in July 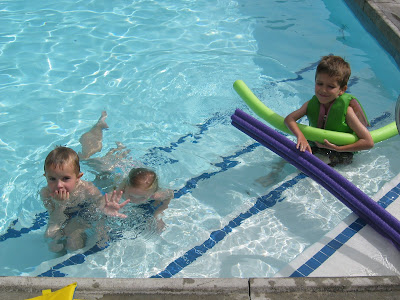 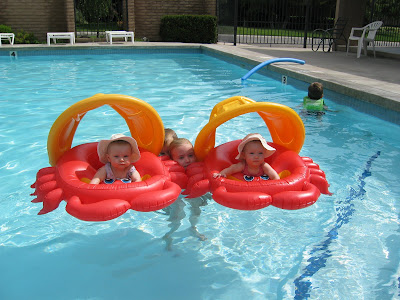 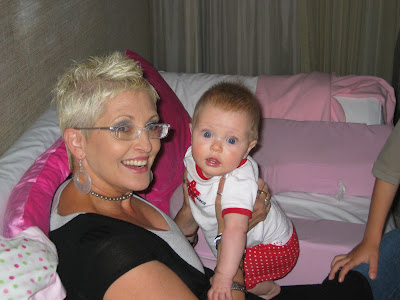 My new haircut (apparently it's the Victoria Beckham bob and it's hot right now, or so said my stylist, whose name was Hailey, so I had no choice but to believe her) 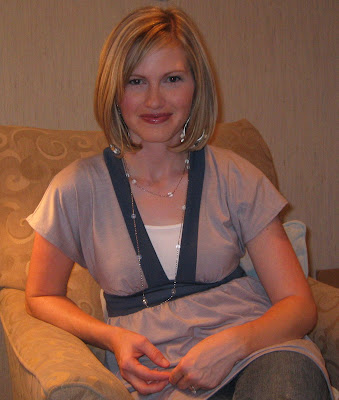 Second Day of Second Grade (she was sick the first day) 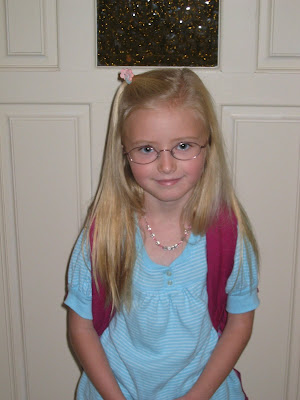 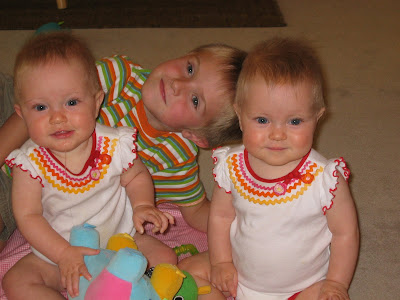 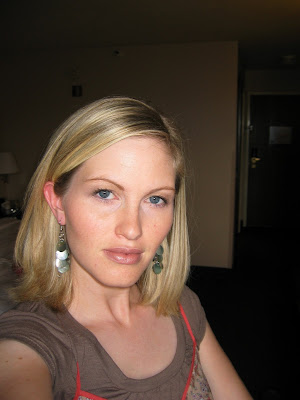 Things I did on my trip to St. George:
- Spent time with my beautiful, talented, stylish, sweet, funny friend Jenny, who is playing Cinderella and Eliza Dolittle at Tuacahn Ampitheatre.
- Stayed in the Hampton Inn in a room with a King Bed.
- Didn't wake up once at night to make a bottle, not ONCE!
- Slept in until after 9.
- Ate hibachi one night, Greek the next, and Cold Stone, Nielsen's Custard, Red Vines, and pumpkin-chocolate chip bread all in between.
- Went to visit Cristian and Nicole Bell, who are both very awesome.
- Got a massage.
- Got a facial.
- Felt awkward when the girl giving me my facial said that her husband insists on naming their unborn child after his sister and she refuses because his sister did something unforgivable to her. I didn't think I was supposed to get stressed during my facial.
- Shopped at the OshKosh outlet and saved $300! It was like I was stealing the clothes--I'm surprised I didn't get arrested. (I have the receipt to prove it!)
- Shopped at Jenny's favorite consignment store and tried on "everything in the store"(or so said one male employee) I ended up getting a gorgeous red wool coat, some shirts, a vase, and some old books for the kids.
- Watched SYTYCD with Jenny and her show friends and laughed at their funny comments. GO SABRA!!!
- Went to see Jenny's special production of Cinderella where it was 95 degrees at 10 pm and the audience just sat there sweating together while flies buzzed around. Decided I don't really like the play Cinderella. But I love Jenny.
- Sat by the pool and read a book, and went to a movie, two impossible feats in my real life.
- Watched part of Real World while I was getting dressed. Being the Taurus that I am, took some small degree of comfort in the fact that some things never change. Especially the trashiest things.
- Got flipped off by some guy in the car next to me in Cedar City.
- Cried after a guy flipped me off because I did nothing wrong and I didn't understand how someone could be so mean.
- Missed my husband and kids, especially the eight month old identical looking ones. 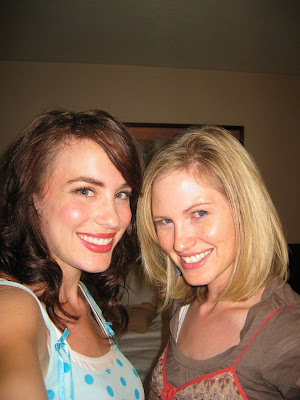