This blog just launched. Go check it out.
Posted by Hailey at 6:46 AM No comments:

My motto for 2011 really started to formulate itself at the end of the summer last year. One day in August, as Lisa and I spent an entire 24 hours setting up, executing, and cleaning up a yard sale at her house while simultaneously caring for 14 children by ourselves (Ben was in CA, Chris was in the UK), I asked her, "Why are we doing this?" To which she wisely replied (as she always does), "Because, Hailey, we can do hard things! Here's a Diet Coke!" A few weeks later, I packed up my family and drove away from the place I had called home for the past twelve years. Soon after, we found out we had lost our apartment and we boarded a plane, with no idea where we would live when we got off of it. In the weeks that followed, as I took bus trips to and from Boston, experienced intense emotional highs and lows over schooling, and stood on subway platforms looking dazed and confused, Lisa's voice kept re-playing in my head: "We can do hard things!"

These days, when we're supposed to pick up Ethan and Mila from school at 2:55 PM, and it's 2:45 PM and one or both of the twins is half-dressed, crying, needs to pee, can't find shoes, just woke up hungry, angry, both, doesn't want to walk to the school, I just keep my mantra in my head as I muster all the patience I possibly can and plug forward. When it's been 28 degrees outside but "feels like 17," and I'm trying to run to catch a bus and one of the girls trips and falls and loses a boot, but then we make it on the bus and it's full and we try to balance and not fall on the old people as the driver takes off, I can either cry or say to myself, "I can do hard things." When I get too much at the grocery store (for the love, why can't I remember to just buy milk at the 711 below my apartment?) and I physically can't carry it all home and the handles on my re-usable grocery bags break and I have to drag them into the building, I realize, "I can't do THAT hard of things..." So there's definitely a learning curve. But for the most part, it's simple.

The thing is, I am aware that the stuff I'm doing is not even that hard compared to what many people have gone through or are currently experiencing. My ancestors were pioneers in the literal sense, who crossed the oceans and plains, losing many family members all along the way. When I look at pictures of people in Japan crying over their destroyed homes or read accounts from my friends dealing with debilitating illness or infertility, I'm embarrassed at my trials of little consequence. At the same time, I truly believe that practicing doing "hard" things will help us be prepared for when the REAL hard things happen in our lives. If I can cultivate an attitude of "can-do-ness" now, I can only hope it will be there in my pocket when I most need it. In the meantime, it is hard for me to be so physically far away from the people in my life who buoyed me up on a daily basis. It's hard for me to watch my dear childrens' faces as yet another person screams profanities I've never even dreamed of right over their heads. It's hard for me to smell people on the subway. Sorry.

That said, I'm so grateful to have a wonderful apartment to duck into, away from the city smells and sounds. I'm grateful that I have those sweet children to protect and teach. Even if Ben has to work occasional long hours, I am unbelievably happy that he has a job. I'm healthy and still have most of my wits about me and I have the best friends and family a girl could hope for. I get to eat amazing food and watch some awesome TV and I am truly lucky.

But, for this Utah Mormon girl who got used to driving a minivan to Costco and Super Target at least once a week, being able to say, "I can do hard things!" makes all the difference in the world.
Posted by Hailey at 3:00 PM 17 comments:

General Conference is a good thing

I'm a member of the Church of Jesus Christ of Latter-Day-Saints. I think most of you know that. This weekend we had General Conference, where we get to hear from our Prophet as well as other women and men in leadership positions in our church. I enjoy watching General Conference, but sometimes I forget the little tidbits that stood out to me as I get back to my crazy week. So, without assigning them to any specific speakers, here are some thoughts from the talks:

Charity and gossip can't co-exist. Live within your means, so you have enough left over to help other people. Heavenly Father answers the prayers of His children by using other people as a means to help. "Have I done any good in the world today?" Being married is wonderful--show love and appreciation. Make tithing offerings from the "firstfruits" of your income. Our prophet has devoted more than half his life to service in the church. We must be examples of honesty and integrity wherever we go. Preach the gospel...and use words, if necessary. Explain why a child's actions were incorrect, but do not make the mistake of labeling the child themselves--what they do is different than who they are. On the other hand, praise them for who they are and not just their accomplishments. A child is one thing we can never check off a to-do list as being "done" (so I admit, some days, I really wish this weren't true!) Forgive others. Let it go, leave it alone. Temple attendance is so valuable.

Elder Scott and Elder Holland made me tear up a little. Elder Scott's talk was so sweet and full of tender feelings toward his spouse, and it made me want to be a nicer wife. I love Elder Holland's humility and the power with which he speaks. I've said before that I don't often talk about religion on my blog but living in New York City has helped me to realize that my religious lifestyle is 100% who I am, and I'm fine with that. And if Ethan can talk about Jesus with his friends at recess, then I can certainly say the word Mormon on my blog. 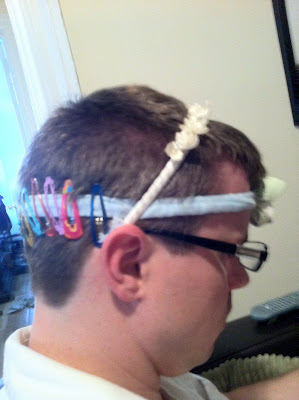 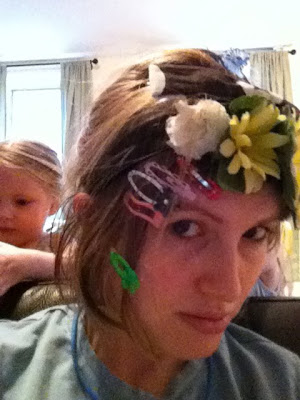 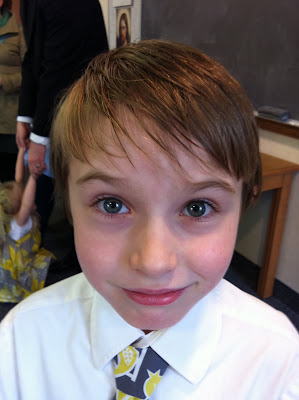 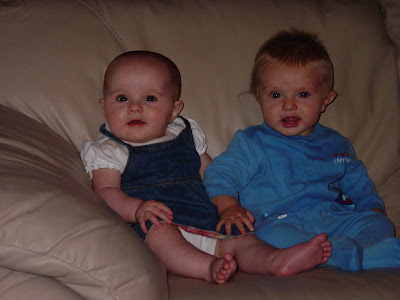 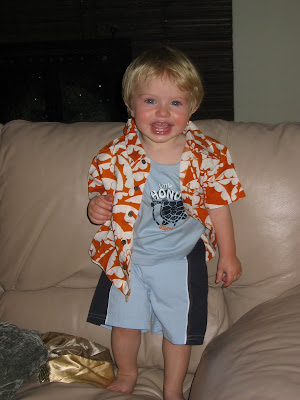 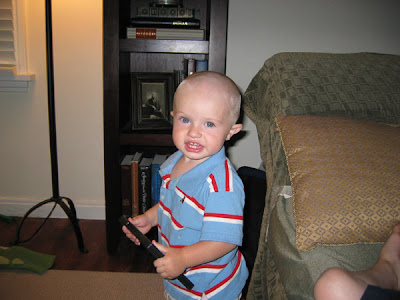 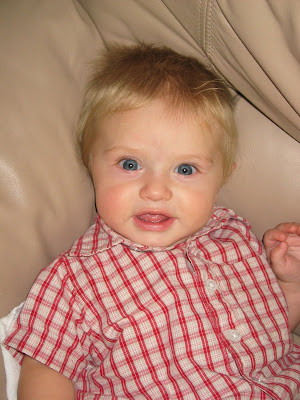 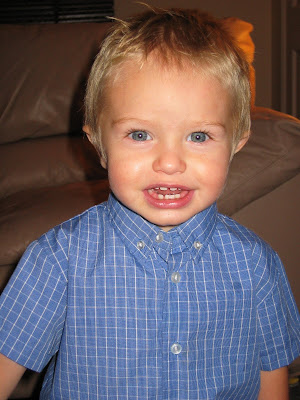 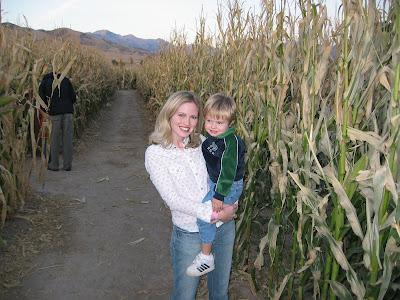 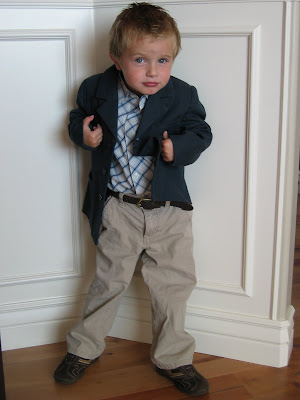 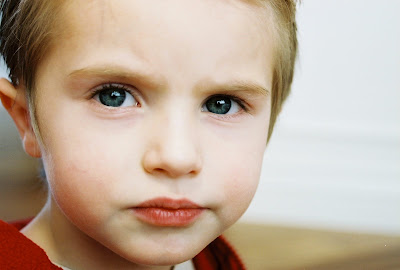 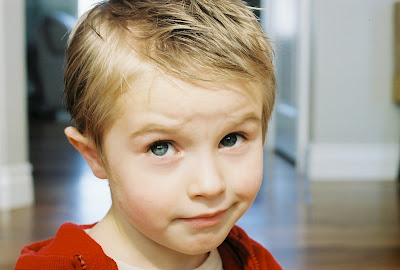 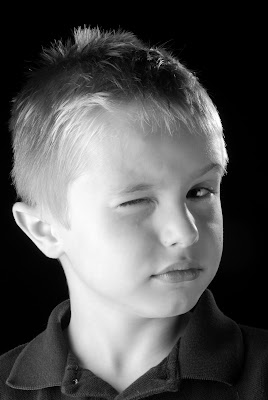 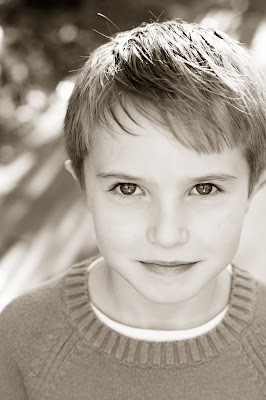