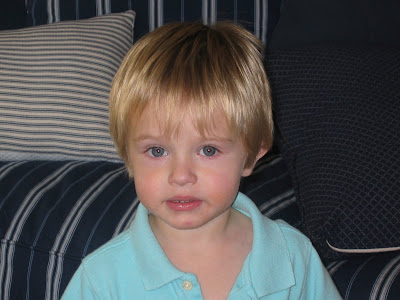 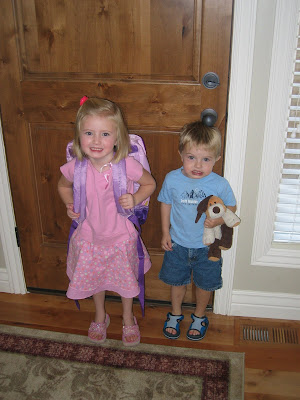 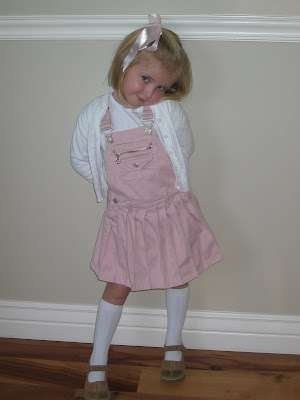 I didn't wash my hair either. It's ok.

Ok, I swear I have a pic of Lily making that same pose as mila with the head to the side. Seriously! I saw As You Like It movie a few years ago, the one with Bryce Dallas Howard. It was really cute and funny. That'll be a fun one for ya.

Such a good find on the dresses! I'm going to check that store out. And, I really want some chocolate covered stawberrys now. mmmm..

I also bought the Margo and the Beverly.

I wore the Beverly to church yesterday, but only made it through sacrament meeting because that dress has major issues when it comes to the bottom half and sitting down. Is it just my actual dress, or is it yours too? By the end of the meeting, after having my 2 year old constantly on and off my lap, I went home to change. I refused to wrestle with it for 2 more hours.

So then I went home, and put on the Margo- decided to do a test run by sitting down on my couch- same thing. Couldn't keep the skirt closed.

Help? Do I return them? Or do you have a secret to making them work. Because they are really cute dresses... until you sit down.

Also, your bigs kids were so cute when they were little. They will be graduating from high school before you know it. It's sad.

My hair's in a crappy pony tail right now 'cause it's a snow day and we didn't go anywhere. It's March 2nd...and 20 degrees out. Please.

I'm still in my gym clothes and haven't showered yet...and it's 4pm...whoops! LOVE those cute dresses...so you! Wish I could squeeze my big prego belly in those...they should create a maternity line!

Ok, so the pics of the kids made me cry.

Dang---those kids are cute! And I am still upset that I didn't get a big goodbye hug from Ethan... Sigh.

And I bought those two pencil skirts.

We can be twins in July, K?

Hailey! It's me your long lost cousin! Guess what? I love reading your blog. You are seriously hilarious! visit my new blog: www.hathaway-family.blogspot.com

I love those clothing sites. Any more suggestions? Thanks for sharing those. I think I will go shopping after I lose a few of these baby rolls.

I bought the Layers maroon pencil skirt with the ruffle but have yet to wear it. I still am unsure if I can pull it off. I should just give it to you.

I do the comma, oops apostrophe mistake all the time too. Maybe it's hereditary.

Ok so we are totally in for the play. What night will it be? How do we get tickets?

I SO wanted that Billie dress and was crushed that they didn't have my size. Meanies. And I totally know what you mean about Newport News - sometimes you can score a sweet find, but most of their stuff is like, "....wha??"

Um, next time you make chocolate covered strawberries?? Call me please?? Oooh, I have a chocolate fountain...are you thinking what I'm thinking?