Exactly two weeks ago, I was eagerly awaiting the return of my husband from his seventh week of being gone this summer. We would have two days with him home before he would have to leave again the following week, this time for New York.

He called me from the LA airport: "Just come with me...it will be fun...free hotel, free food..." (Dangit, he knows me too well, that kid--I can't resist free stuff and especially edible free stuff!)

I certainly didn't doubt that it would be awesome, but how could I possibly abandon my children in the middle of a school week, and who would I ever convince to watch them?

He wouldn't give up, so I told him I'd make a few calls, get a few rejections, and then he'd see just how crazy his plan was.

Well, naturally I turned to my sisters. Sort of. I called Courtney, who played my sister Meg in Little Women. I made my crazy offer and she insanely accepted! It could not have been easier. To fill in the gaps when Courtney had to nanny for another family, I called on Lex, who played my sister Beth. I love fake sisters! 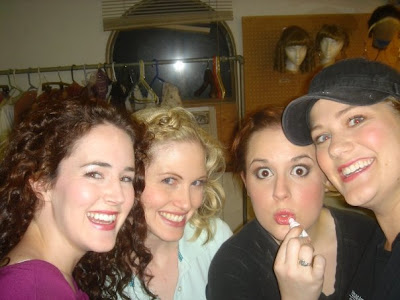 Lex is on the left, Courtney is on the far right. Emily's in the middle--we love her, too.
I bought my ticket that night and wondered what I had done. The following weekend was a blur of cleaning, typing up schedules, laundry and packing.

Monday afternoon, I snapped some pics of my little guy and took him to his first day of Kindergarten. I put the girls down for a nap and we left for the airport. It was that easy.

We flew into Newark after 11 pm, and took a cab to our hotel in Times Square. In the entrance of our hotel, there was a glass ceiling with water rushing through it. On the 7th floor check-in area/lounge, there was a bar and very loud music. As we escaped back into the elevator to head to our room, we decided we were old and we liked it that way. This is what our room on the 21st floor looked like: 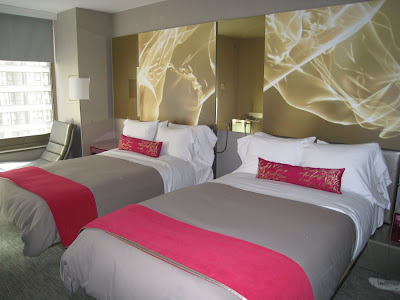 We played around with all of the modern contraptions in the room, looked out the window at all of the people in Times Square, not sleeping, then shut the blind to block out the midnight daylight. We decided that this was the best free hotel money could buy, even with the obnoxious music on the 7th floor.

Tuesday morning, I took a cab with Ben to his first callback and then went and ate breakfast across the street. I called my mom and said, "I'm eating breakfast in New York by myself!" She was so proud.

After breakfast, I began to walk. I walked and walked. When I'd get to a corner, I would just look down both streets and decide which one looked more fun. I passed lots of fancy shops, like Tiffany & Co., I passed the Trump Tower, and I passed five hundred and twenty Starbucks. I came to Central Park. I walked along the south end of it and up another street. At this point, my friend Ryan called me and asked me where I was. I told him, and he said, "Oh, you are near the temple." I looked up and I was, in fact, standing in front of the temple! I was pretty proud of myself for accidentally finding so many landmarks. It was SO easy! 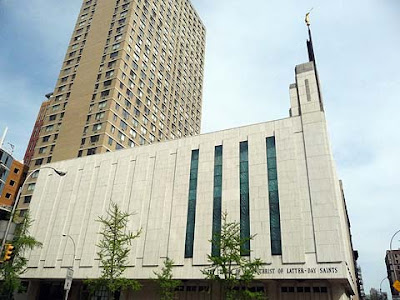 Manhattan Temple
Next, I headed across Central Park and to the Metropolitan Museum of Art. When I went to buy my ticket, the man said, "Student?" I said, "No, adult." He didn't look convinced. (Incidentally, the exact same thing happened to Ben and I at the Musee d'Orsay in Paris. The lady would not believe we wanted to pay the admission for people over 30.) I told the man that I was pretty sure that I had not been a student for eight years and then he proceeded to actually try and talk me out of paying the full fare. He was not making it easy:

"You know, $20 is only recommended, but you can pay whatever you'd like."

Well, now I WAS sure I wanted to pay the $20, just to prove I was an adult! I felt like if I backed down and paid $3 like he was trying to convince me to, he'd think "Aha, she IS a student!" As if someone would fight to pay more. Silly man. I showed him! Silly me. Next time, I'm offering all the change in my pocket, like Ryan does. Of course, he says they treat you like dirt when you do that.

The Met was incredibly large, and I got lost many times, but that was part of the fun, I think. My findings included: 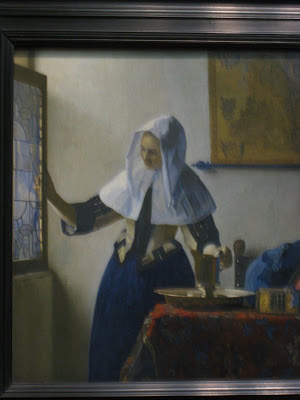 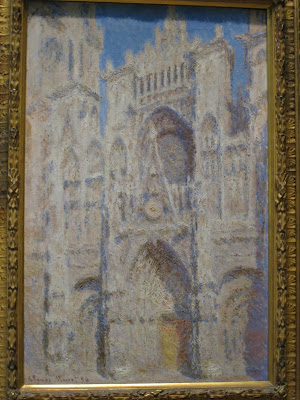 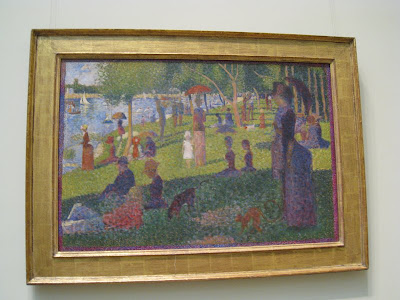 Ben called and said he was done, and after spending a long time trying to find my way out of the museum (not easy), I met up with him again. The rest of our day included the following adventures: 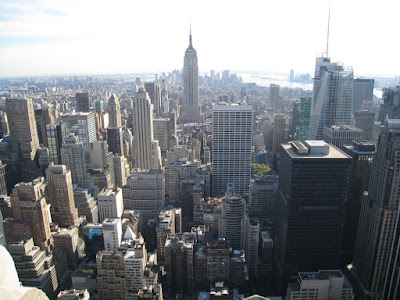 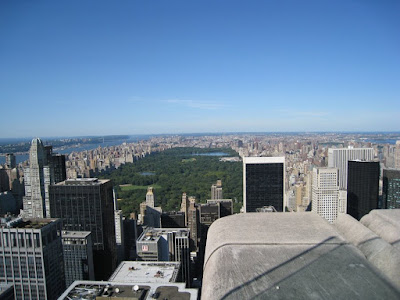 A nice view of Central Park 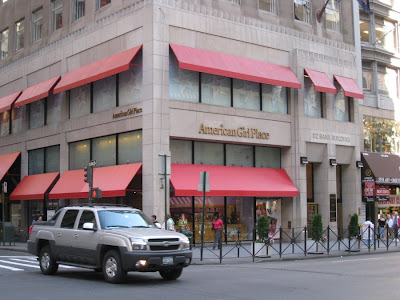 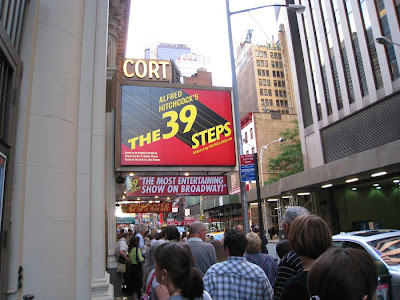 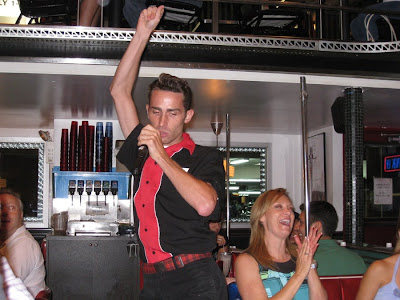 We went to the Stardust Diner for dessert, where Ryan treated us to some Barry Manilow
I'd say it was a pretty awesome day, all around. Stay tuned to hear about Day 2, which included lots more Ryan and a New Jersey outing, and Day 3, which involved more walking. And shopping. And walking. And Pinkberry!
Posted by Hailey at 11:22 AM

Wow---I've been there about three times and I think that you have seen more of the downtown area than I have! :)

That hotel room was interesting... Were the blankets on the bed really pink? Hmmmm...

How fun!!!! I'm so excited for you guys that you got to get away like that ...twice this summer!!! Small doses of sanity amongst husbands being gone a lot can go a long way!!!

I loved this post, Hailey! I'm happy for you (and envious) that you got the chance to spend some time in NYC. I loved wandering the city when I lived there; just seeing where my feet took me on a Saturday afternoon. (Even though some of those outings ended with me hailing a cab because I'd worn the wrong pair of shoes for wandering, and nursing blisters the rest of the weekend.)

Good luck with your decision - wherever you decide to move, it will be a great adventure!

Ah, man, I wish I could have seen you while you were here. It looks like you did very well on your own, though! If you do move out here, we'll definitely visit the Met and pay pennies--I'm not afraid.
-L

It's great that you guys will possibly be living in ny. It's such an awesome city. I have to go to the MET next time I'm there.

SO fun! I love couple getaways where K's company picks up the tab and I have some alone time. I am glad you got to go!

Hey Hailey--I love reading this blog of yours! Your subtle wit never fails to leave me smirking to myself. . .
(btw it's Tiffany here, one of Ben's many many durfey cousins).

I love you too. And that Vermeer and Seurat. And The 39 Steps and Ryan Simmons. And your children, with all their polka dots. There is a lot of love going around.

What a great trip; I'm glad you could call on some fake sisters to help you out with your kids.